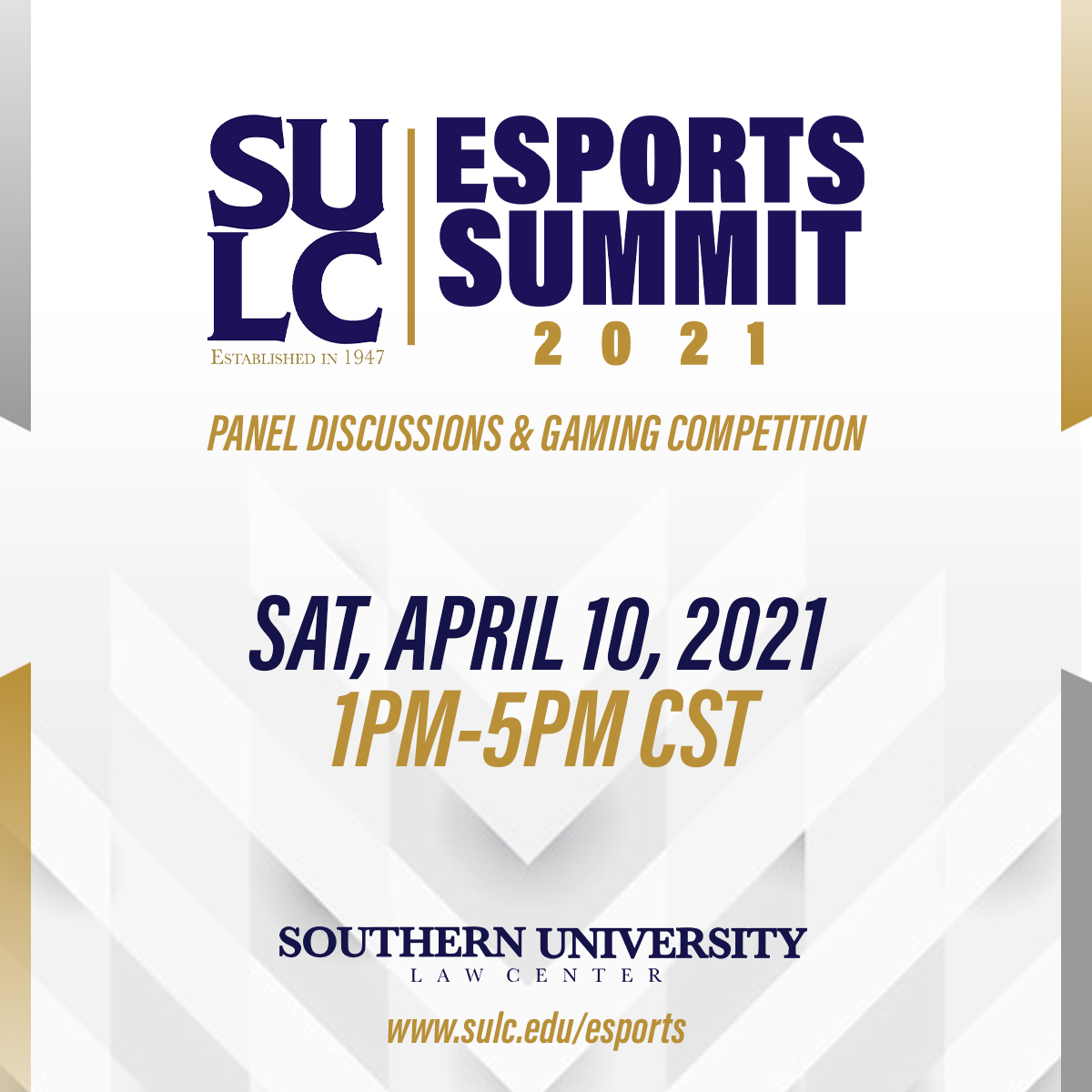 As the world of Esports is growing tremendously, it is vital that the community be fully engaged in the endless capabilities this multi-million dollar industry provides. The Southern University Law Center is set to host its first ESports Summit on Saturday, April 10th, from 1 p.m. to 5 p.m. CST.

"Southern University Law Center has a great vision to focus on ESports and ESports Law," said Chris Turner, general manager and head coach of the Southern University Baton Rouge and Laboratory School ESports teams. "This summit will spark a conversation around the importance of esports law and the benefits of HBCU's getting involved in the esports industry."

Summit participants will hear from industry leaders on the importance of Esports within the education and legal realm, career possibilities, and the rise of the trade’s gaming trailblazers. Panelists will include Hip Hop Gamer, gaming media personality and host; Ben Baxter, assistant commissioner for strategic communications at the CIAA; BerNadette Lawson-Williams, professor and Esports & Gaming Trifecta Founder at Johnson C. Smith University; Graham Borden, associate manager of NBA2K League Global Community Ambassador at the National Basketball Association (NBA), and more.

Gamers are in for a treat with our Madden 21 three versus three tournament. The game will be played on the Miami Port and can only be accessed on the PlayStation.

The summit is free and open to the public. Sessions will be streamed via Zoom. This event launches the gaming and esports extension of the Law Center’s Mixed Reality Virtual Gaming and Esports Institute.

To access the event schedule and registration, visit sulc.edu/esports.